Exclusive MP3s from this site. 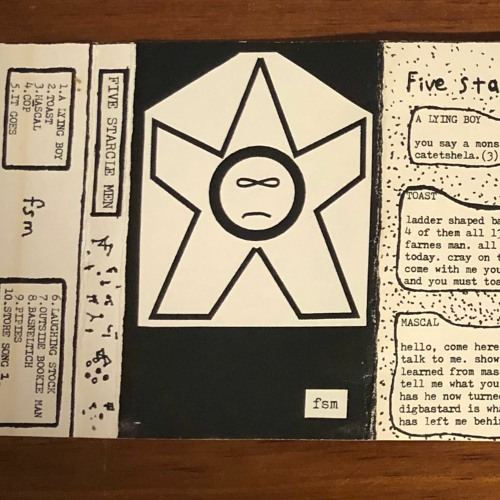 
It starts on the FSM Discord, where someone tries to contact an Instagram user that posted images of some tapes from Lancaster, that included lots of Five Starcle Men tapes. After joining, he posted more photos of the tapes and some books, that he doesn't have permission to make PDFs of. He asked Luke Mcgowan for permission to upload the tapes to the internet and he said yes, but he wouldn't post them all since he had a boxset with all these tapes planned.


And eventually... it arrived. The Soundcloud link and some more images he posted:

This and other Lancaster tapes are on his SC account.


I'm back, again. Only that this time without the page redesign and making my biggest effort to have a varied structure on my posts, and maybe edit posts adding them more information than what they currently have. I'll also make a links tab on the main page. I said that I wasn't going to make new buttons, but i'll make them anyway.


Don't have too much to say, it just seems to be an interesting remix of a Nine Inch Nails song so I wanted to share it. 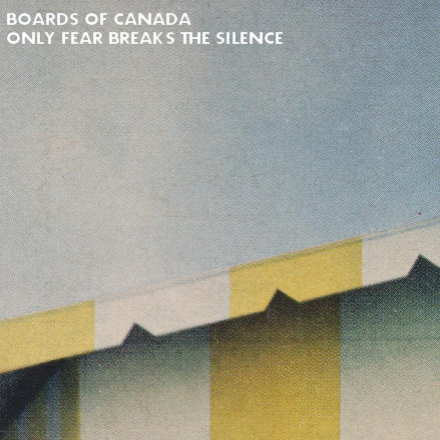 Autumn Dawn / We Are Safe


From everything I've posted on this site, I never thought I'd post anything from Boards of Canada, but here it goes.

Only Fear Breaks the Silence is a fake album under the name Boards of Canada that came out in 2012, or at least that's what the tags and the .zip I found out there said. This is not like the rest of fake albums, that have tracks from other albums and compilations, but this one has mostly its own songs, except for Twenty, which is a shorter version of House of Abin'adab from A Few Old Tunes.


I'm still hoping to find out who did it, because it's awesome, it definitely doesn't sound like a BOC release, but it has some really nice stuff anyway. Autumn Dawn has exactly that sound that I like to hear from a synthesizer and it's perfect to start an album of this style.


I couldn't decide between Autumn Dawn or We Are Safe, so I put both here.


I sent it to someone else, and they will upload the entire album on youtube, along with the single that came in the zip. 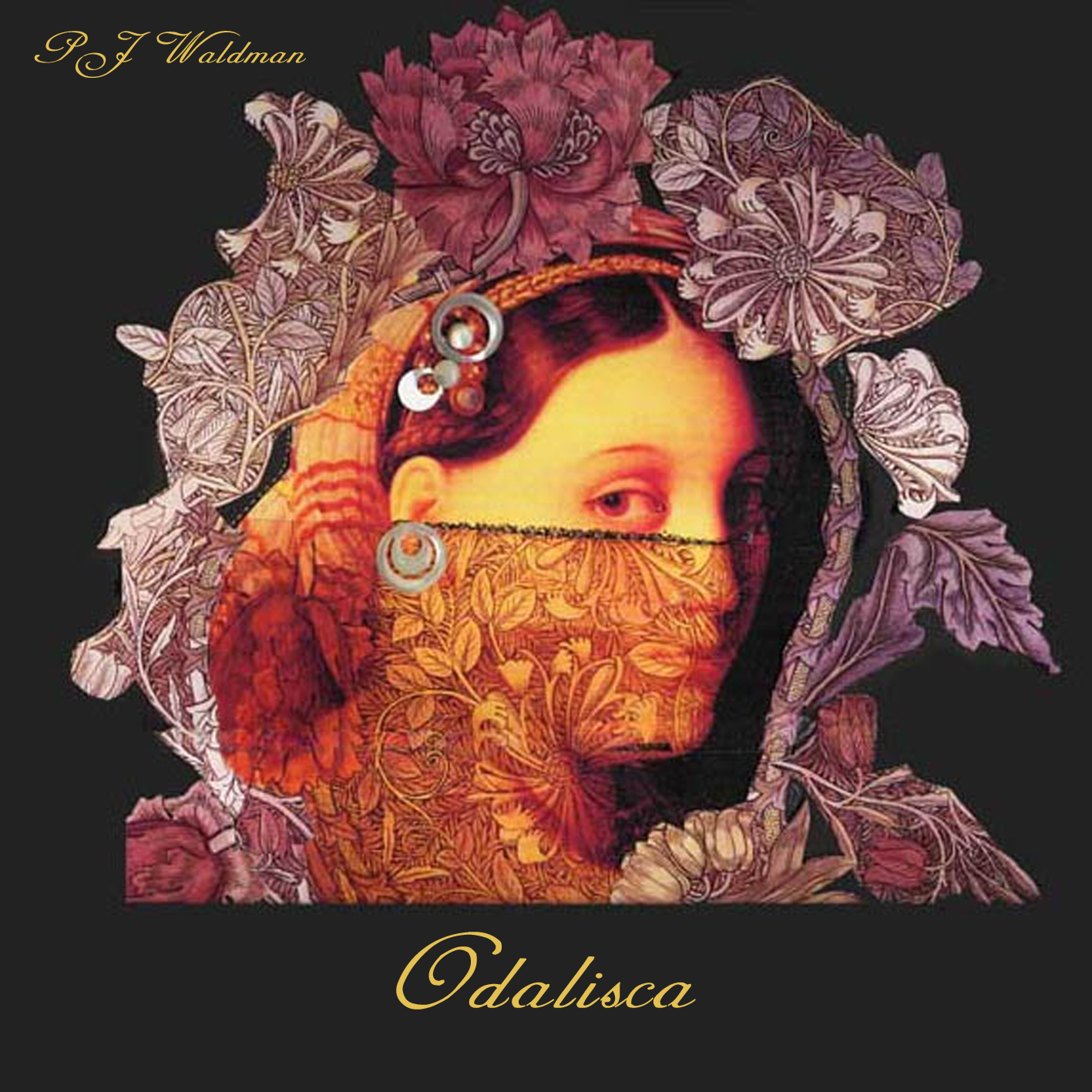 
The only full release by Brazilian musician PJ Waldman on the Tranzmitter record label. I remember finding an ambient single by another Brazilian musician that had like 5 views and I couldn't find it again. I still remember that it was really good. 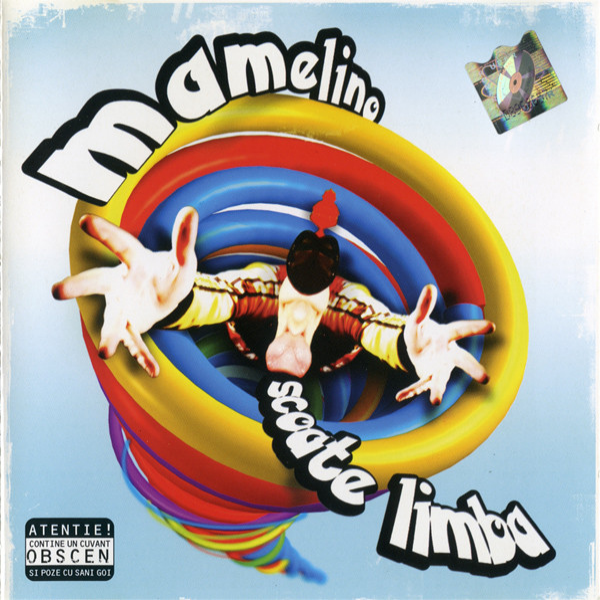 
Mamelino is an Experimental Trip-Hop group from Romania that released their only album Scoate Limba in 2002. It is said that they made 3000 copies, that they only managed to sell 200 and the rest of the copies were destroyed.

The album is complete on YouTube, but I couldn't find a flac rip. there was only one song on Soulseek at 64kbps and now it's gone.

User m00 on Discogs made the CD contribution and also has information on a lot of records from Romania. He hasn't been active in 7 years so I doubt asking him if he has them would be helpful.


He contributed to many Romanian Techno albums so I'll leave his account here if you want to find out some more romanian albums.


I couldn't find a rip with a simple Google search, but I found that they have it for sale in a Romanian online store and sealed, along with the cassette version.


I highly doubt that someone will be able to buy it, but if any of you are able to buy it, I ask you to PLEASE document it and share a flac rip to have it preserved somewhere on the internet. I would appreciate it a lot and if there are more people who like this album then they would highly appreciate it too. 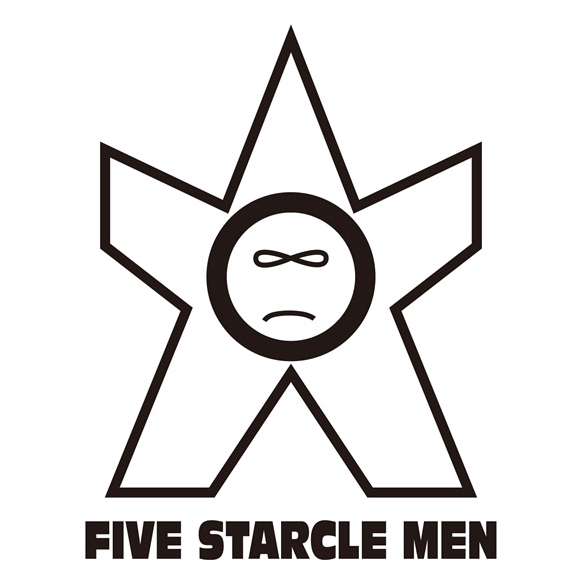 
Five Starcle Men was a Lo-Fi and Noise duo, and a "self-help cult of alien abduction"? from Lancaster that was active from 1990 to 1998. It consisted of Luke McGowan and Glen Hobbs, Hobbs committed suicide in 1997 and McGowan went on to become a professor of psychology at the California Institute of Technology. I found a rip on Youtube that shouldn't be that hard to find.


I met them from the Lost Media Wiki when I was looking for the old Boards of Canada albums on that page out of curiosity. As someone who already has a taste for noise I ended up liking it, and maybe I will make my own bootlegs when I have the chance to buy empty CDs.


According to the Lost Media Wiki and Wikipedia, they have 6 albums from 1992 to 1996 that remain lost to this day. Since I don't live in Japan or California, I may not have some kind of force to help with any kind of research they want to do. The least I can do is bring knowledge on the subject and if someone else has the motivation or the ability to help look for those albums then let them do it (also send me flacs when you find them please). 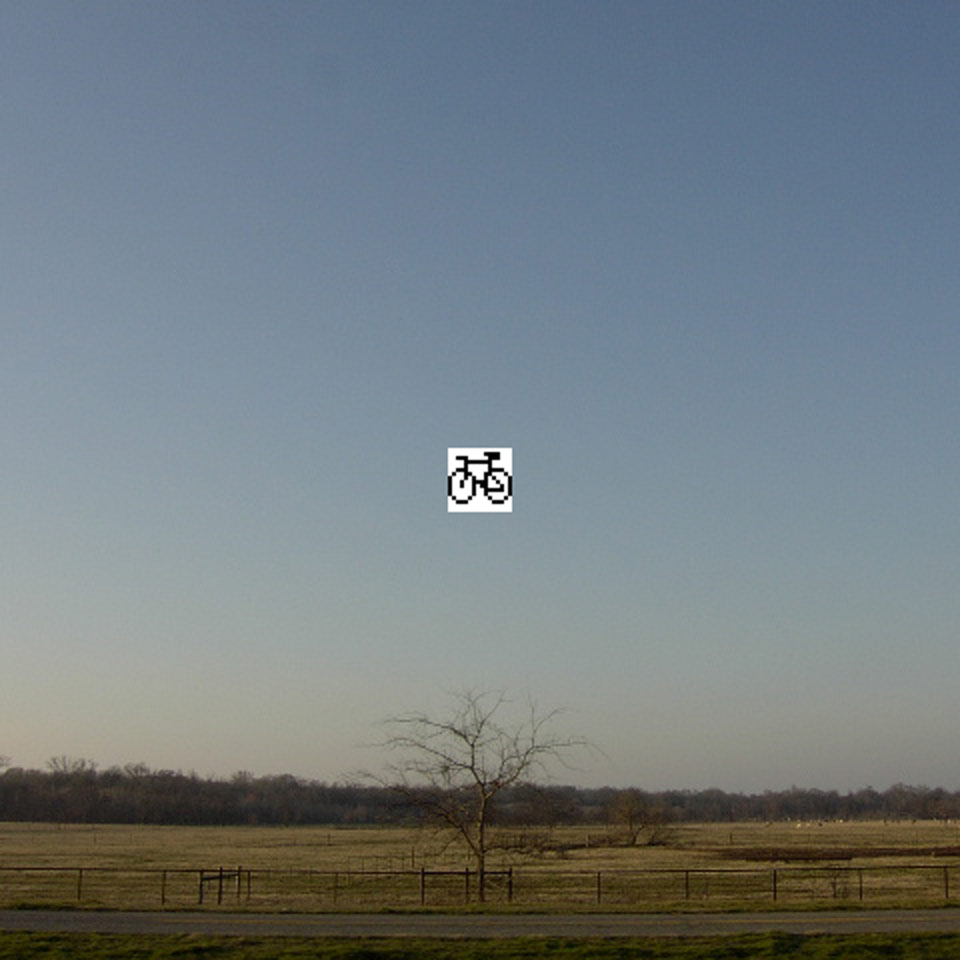 
I don't remember how I got this, I think it was when I was looking for a remaster of A Few Old Tunes on Archive and this came out below. Both the song and the entire album, absolutely beautiful, it sounds as if Autechre's Incunabula had reached something deeper than it was. You can find the rest of the album on Archive like "06.03.10 Chemo". The guy has even more albums out there, but I didn't felt like putting them all in here, so go check them out if you want more.

"Work is for lazy, irresponsible people. Take Pills Die Records - Quit your job and get a life!"

The record company website is sadly down, or maybe they went to another domain that I can't find.

I have nothing else to say, go download the full album in Archive.


Well, I'm back, how's everyone? I hadn't updated this for 2 months. My HTML and graphic design skills improved, so I did the source code again for a third or fourth time. I'm not saying that this new design is a big deal either, but this time it does have a competent design that took me 2 hours. Also the links of Anonfiles expired and I had to resort to Mediafire now, thank goodness that I had everything on my pc and there were not so many things either.

I'll be making a Discord for this thing soon, just to make sure I'm not speaking to myself and that this website has something of an audience. 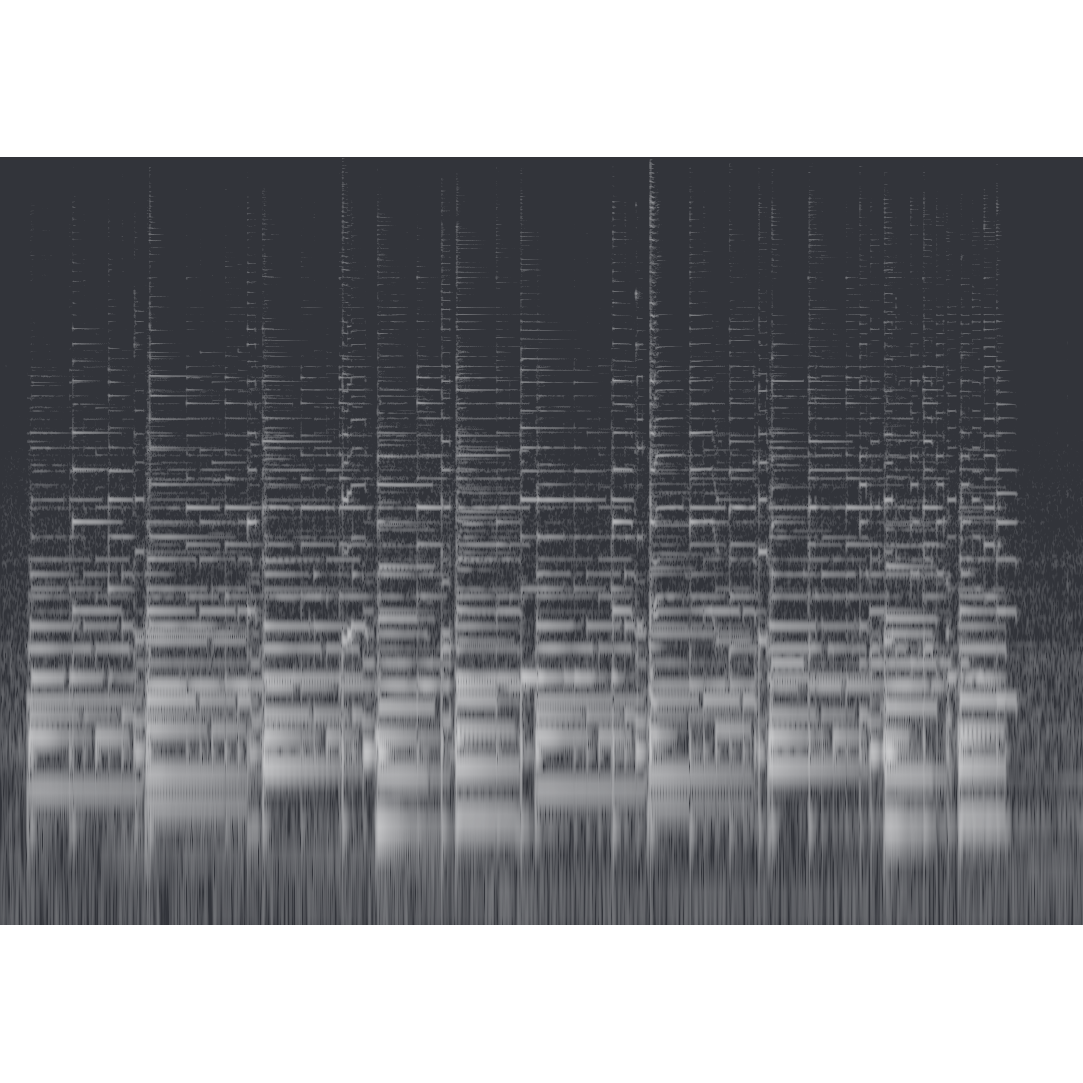 
Remember Saki Sanobashi? When Whang released his Saki video there was someone at r/sakisanobashi who was looking for an animation team to recreate it on a Discord server. I joined the Soundtrack team, despite never having made a soundtrack, or completed a song. We were 3 people and we did quite a few fun songs and concepts, even if none of those things got accepted (I think). One of those was this 20 second audio that another member made that I can't remember the name of. I made about 3 versions of ambient and another of another mp3 file as well. 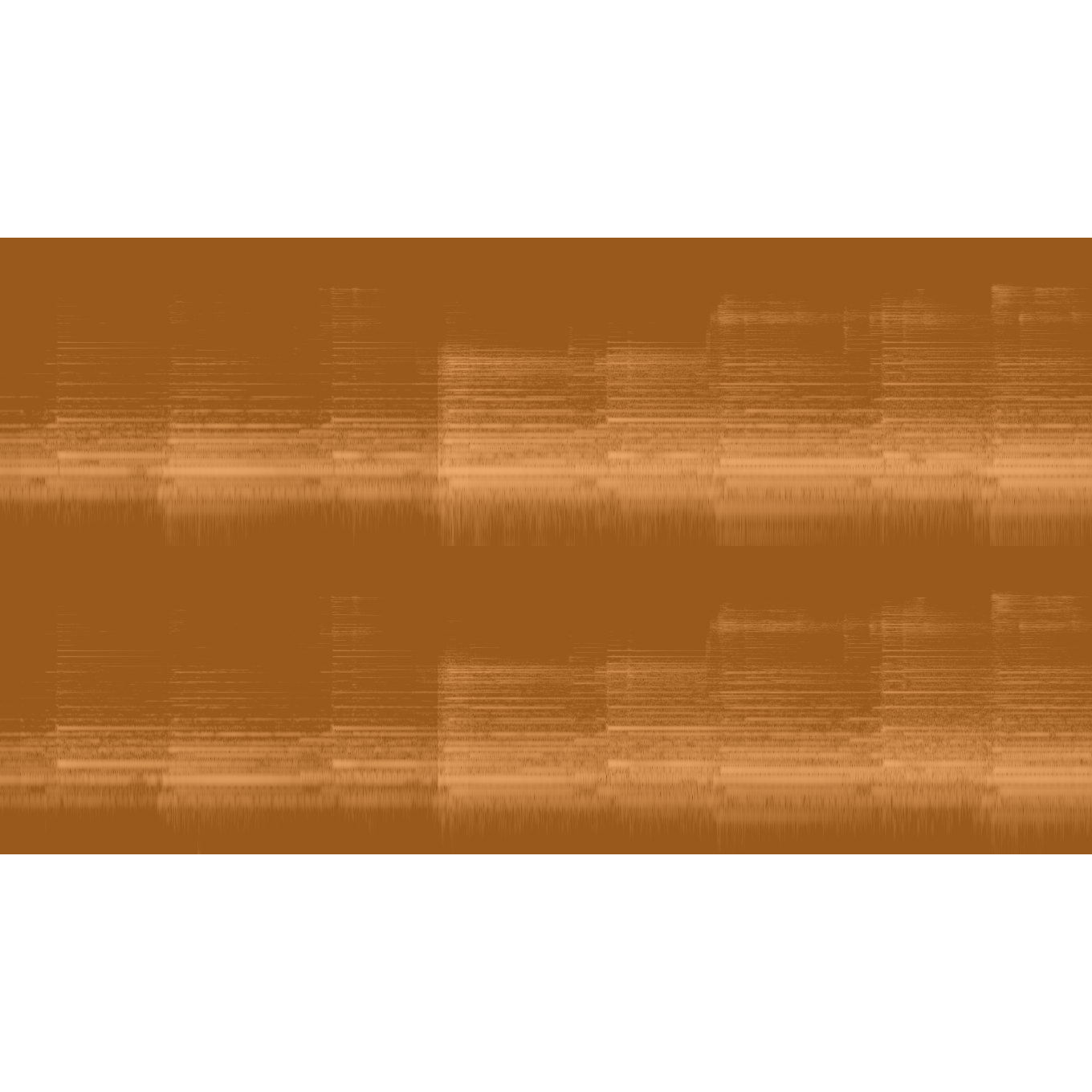 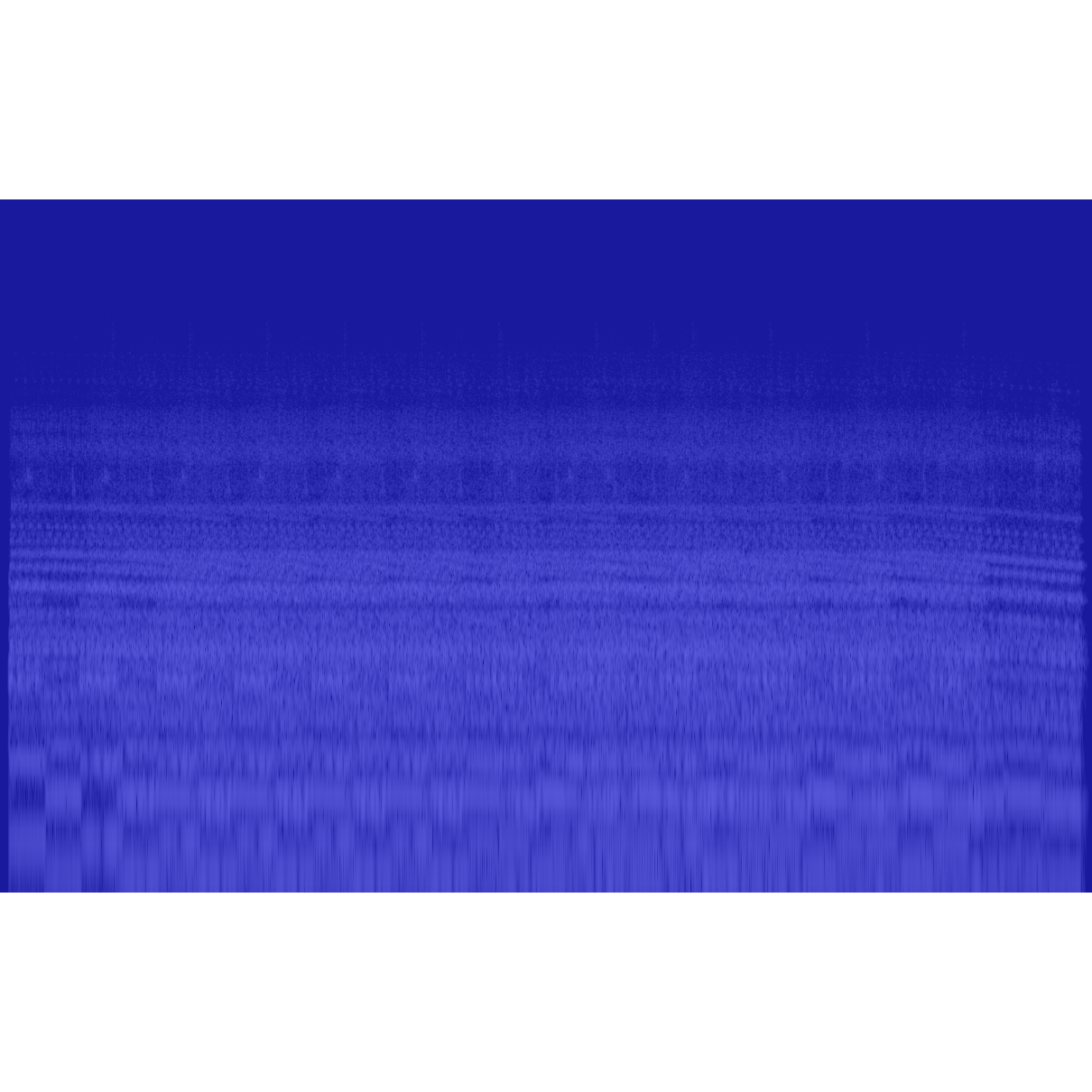 I don't know if the development of that animation continued, but Choki Chocat published a teaser of the storyboard that has better music made than everything the 3 of us did together at that time. Also the search for the original animation is paying off, everyone thought at this point that the animation was a crappy creepypasta that a 13-year-old invented in a 4chan post, but they found that the original page was DarkAnime, and they are trying to contact people of the site to see if they have the animation. They also said that it could have been a horror game with that plot, but found that the same studio made an animated OVA called "Lady in the Sea of Blood", which is also Guro. r/SakisanNoBashitsu has a lot of information on how they are going, I still hope Whang will make a video about it. 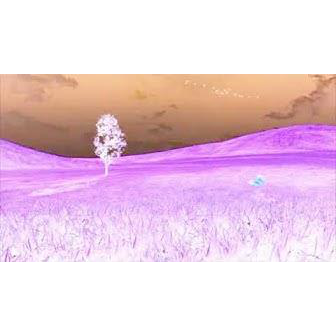 
Has 19 views on YouTube, at least at the time i'm writing this. I met his channel because of a bmbmbm cover that someone posted on r/bmblackmidi. Go check the rest of his channel he has some good stuff there.

I have no idea on how to keep the post big like I did on the post below. How's everyone doing? when I start learning php i'll add a comment section to this. I also plan to change the .css with a cool font that I found. 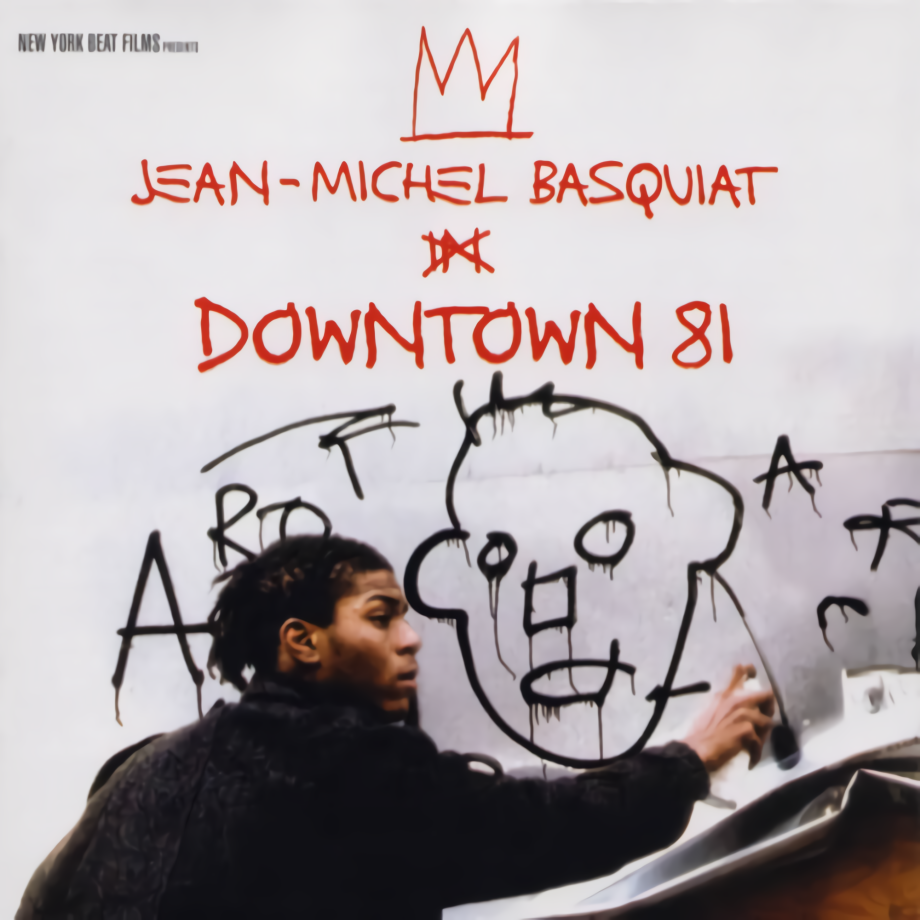 
Ok i'm back from watching it, it was kinda good, acting seems kinda funny some times.


But you know what was better? the Soundtrack. I say it again, the Soundtrack by itself i've been enjoying it a lot, I could even have a poster from the movie on my wall if I could, only for the Soundtrack, even if the movie was just a little bit good.


I'll now proceed to talk about the Soundtrack, in a way that I didn't do the last time I talked about Downtown 81.


Since the movie talks about the No-Wave scene, the Soundtrack is a compilation of artists from the No-Wave scene from New York, with original recordings for the movie, that end up being better than the original ones. The biggest band from this compilation should have to be D.N.A, they also did music for the other compilation album called No New York.


So search for the Soundtrack somewhere, I suppose it's better at introducing small artists than this Blogspot that didn't wanted to be a Blogspot and now for that reason me and the website are suffering an identity crisis. 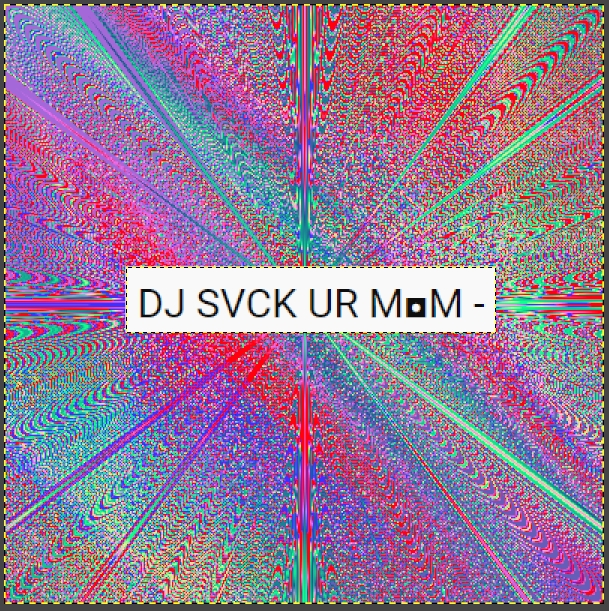 
Another song from the Tsundere Violence label, they have more releases than I thought, and they're all free (and in 192 mp3s). This one has the code TV1843 if you want to search for the full album on their website.


From the Downtown 81 Soundtrack. I haven't seen the movie enough to have a solid opinion about it, soundtracks really good though. You can get it on torrent pages I think, or in Soulseek, everything's on Soulseek. 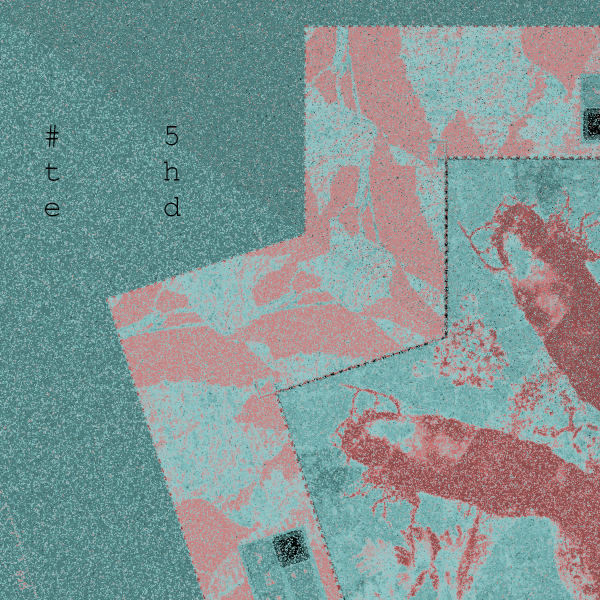 
I got this on a Discogs rabbit hole. Not even the artist or album had a name, and it had 100 tracks of what it seemed to be an automatic password generador, at least that's how it seems to me. I kept searching and I got into an independent label about noise and experimental music that also had lots of anime pictures and mediafire links of the albums that their artists have made.

I can't remember exactly how it was called but i'm searching for it right now.

You can find more information on Discogs like I did. 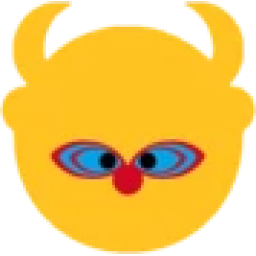 
This one is not so hard to find, it's one of the tracks from LSD Revamped, that one Dream Emulator remake. It's still good though, listen to it and try to search for the rest of the soundtrack, it has lots of songs made by different artists throughout the years (181 tracks). If you find it really short then that's because you're supposed to listen to it looped, like those locked groove records. 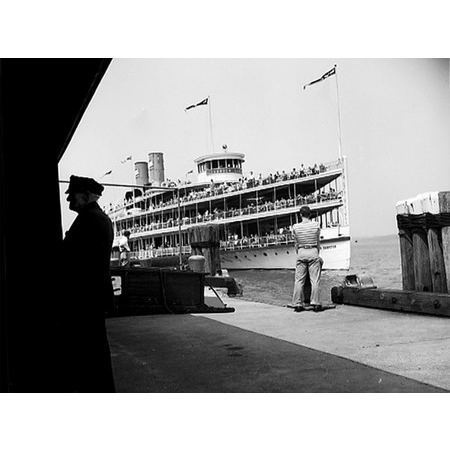 
I went to an event where they had local musicians and there was someone who played quite well. Since I had not recorded anything, I saw that there was someone higher up who was broadcasting the event on Facebook. I downloaded the stream and trimmed it down to just leave the songs it played. The video lasted 15 minutes and I think that exact recording is lost since I have not been able to find it again.

There is another recording on YouTube but it does not have the same quality as this one. I'm not always going to upload full albums on this site but this is one of them. Or rather a single because there are 3 songs but it's still a really good listen.